Roofing Company Colorado Springs | How to Choose the Right Roofer

In the process of selecting from roofing companies Colorado Springs has a large number of roofers to choose from. In selecting a roofer there are many articles and I’d like to approach this topic with a fresh and what may be to you a surprisingly honest perspective. It may be a little unusual for a contractor to speak life into this topic. There’s a lot of information disseminated through the media and internet regarding how to choose a roofing contractor, especially around the “storm season” from April through September. Some of it is factual and some of it is nothing more than fiction. 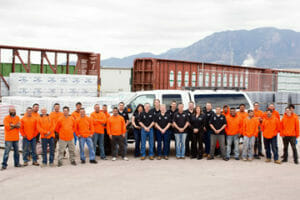 Homeowners are savvy and typically are able to field through marketing efforts that have been created to direct the homeowner to the one and only “best of the best” contractor who, of course, happens to be the contractor writing the article. I’m not going to do that to you.

In this article we will divide fact from fiction. Somewhere in the middle of most advertisements or media campaigns is a measure of truth; albeit, sometimes only a sliver of truth or possibly volumes of truth. Let me get to the shockingly main point that is always overlooked on the news. You may not want to hear this.

The whole truth begins with you. If you select a contractor that covers your deductible, both you and the contractor are actually committing fraud. A false statement in the form of an invoice has to be sent to the insurance company. In order to recover the full depreciation, this document is stating that you paid your deductible. There is no legal way that this can be done per Senate Bill 38.

Ignorance of the law isn’t an acceptable excuse when you participate in fraud. Don’t commit fraud by allowing a contractor to cover (steal from the insurance company) your deductible. If you want to act with integrity than you must pay your deductible. It doesn’t matter that your neighbor used a known fraud and they didn’t get caught. Each year many complaints are filed against roofers committing illegal activity. One form of illegal activity prosecuted is the willing participation of fraud by both the homeowner and the contractor. In our city with many roofing companies Colorado Springs has its share of unethical contractors. Stay away from these guys!

Don’t be surprised if you go this route and the roof system fails. It cost money to get a high quality product. There are no short cuts. The insurance adjusters do not overfund roof replacement claims to pad the deductible amount. Every allocated dollar should go into your roof replacement. Do what’s best for you and only use a contractor that requires you to pay your deductible. That’s a hard and unpopular truth that the media doesn’t mention as prevalently. Avoid being deceived by using a deceiving contractor. 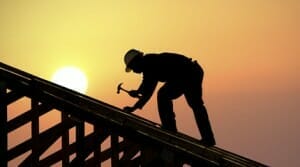 Before, during and after a storm, media campaigns are strategically timed and released that are typically fear based. Some of these efforts are genuine in nature towards the wellbeing of a homeowner. Others are greedy in nature and will only benefit the contractor by redirecting homeowners back to themselves as the only contractor that personally meets their well marketed criteria for servicing homeowners after a storm.

Let’s consider a well written somewhat fear based campaign created by a contractor and then campaigns written by the Better Business Bureau and television media outlets. The thing we want to consider is its impact on homeowner’s.

In your challenging process of selecting roofing companies Colorado Springs has several well established roofers with a large client base that use what I’d describe as a fear based campaign. They advertise that roofers who knock on doors are not credible, reputable, licensed, capable, qualified and the list of negative judgmental presuppositions goes on and on. I agree that there are some individuals hired to door knock by some roofing companies may be less qualified and honorable than others, but to issue a blanket statement of character about men and women working by going door to door as “bad” is not factual. This is fiction and shouldn’t be propagated by the media. Often it means that they have hired salesman who do not like knocking on doors and rely on commercials and heavy advertising to get their name before potential clients. This isn’t wrong in itself it’s only a marketing approach.

If we were to change the prior statements to say that insurance fraud and scams are committed by roofers who are “not credible, reputable, licensed, capable, qualified” then that may be closer to the truth. Nevertheless, to make character statements about a group of people would be profiling, derogatory, divisive, judgmental, harsh, and cynical. Because someone knocks on a door, it certainly doesn’t make them a person of ill repute.

To classify a roofer that knocks on a door as unreputable is character assassination possibly started by either a roofing companys in Colorado Springs that is unwilling to seek out new business in this way. It is simply fictitious.

Who Can I Trust?

With all of that being said, I know that it’s an inconvenience for someone to open a door to a stranger. If someone tends to be fearful about answering their door in general, then it’s advisable that they don’t. At times I don’t open the door as a homeowner and advise my teenagers not to do so if they are home alone. That may be the wisest thing to do at times, or it may not. We never know what opportunities we miss and who we never connect with because of fear.

Contact Integrity Roofing and Painting for a roofing company in Colorado Springs that you can rely on. We make roof replacements easy!